Posted by Innoplex in Hydroponics with No Comments

A 70-year-old entrepreneur is promoting the indoor, computer-assisted cultivation of vegetables to establish a business model that can draw young people back to agriculture. Takaaki Abe founded Granpa Co. in Yokohama in 2004 with the aim of using technology to develop a profitable indoor farming method. He was 61 at the time.

The company makes use of specially designed dome-shaped buildings to grow its produce. Each is about 30 meters across and is equipped with an automatically rotating hydroponic water tank as well as computer systems that maintain temperature and humidity at optimum levels. 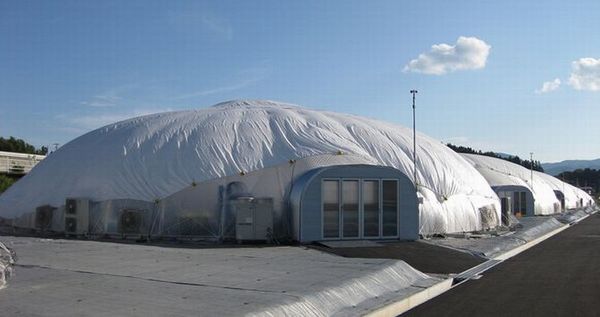 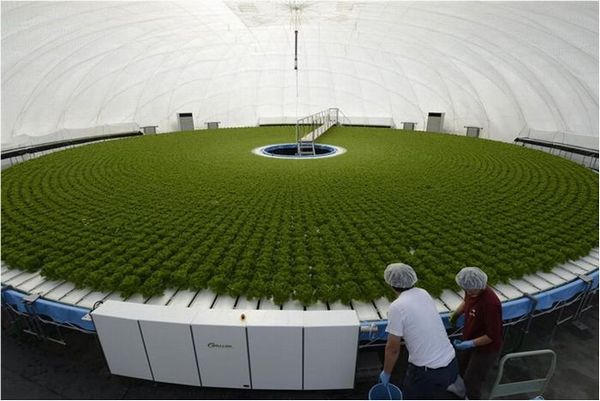 Vegetables, such as lettuce seedlings, are placed in the center of the water tanks, moving outward as they grow. By the time they reach the perimeter in 30 to 50 days, they are fully grown and ready to be dispatched to retailers.

Granpa’s system is designed to minimize the need for fertilizers and other chemicals, which increases the crops’ appeal to health-conscious customers.

Abe was born in Aomori Prefecture and, unlike many of his high school friends from farming families who could not afford college, was able to enroll at a university in Tokyo, joining a local bank afterward.

There he met many farmers who were struggling make ends meet. He recalls being surprised when, on a visit to Europe and the United States as a member of an inspection team, he stumbled across profitable, large-scale farming operations.
“I wondered why agriculture in Japan was unprofitable,” Abe said. “I thought agriculture could attract many young people if a mechanism of stable earnings was established.”

It was with this goal in mind that Abe set up Granpa.

Since its founding, the company has been able to actively recruit not just young workers, but also those 50 and older because the hydroponic cultivation methods he uses do not require hard labor.

Granpa has set up its distinctively shaped plants in Kanagawa, Iwate and Fukushima, and ships a wide variety of vegetables to retailers each day.
“I would like to establish a mechanism that enables elderly farmers to pass down their experiences to younger people while contributing to the rehabilitation of agriculture in Japan,” Abe said. (Source: Apr 28, 2014 Japan Times NEWS)